Founded in 1920 by Hin Ann Huay Kuan（兴安会馆）, Hong Wen School （宏文学校）was born out of the foresight of its founders who believed in the importance of education for the young,  as well as the promotion of Chinese language, culture and values.

In 1923, the school was closed due to economic recession. It reopened in 1925 under the leadership of the 2nd Principal, Mr Guo Zi Hui（郭子惠先生）. The school moved to 189 Waterloo Street the following year. The number of pupils had increased to more than a hundred. In the 1930s, the enrolment of the school increased steadily.

The school closed again in 1941 because of the Japanese Occupation. With the liberation of Singapore in 1945 and through the concerted efforts of the School Management Committee, the school functioned again in the same year in a rented building at 2 Dickson Road. Madam Lin Fang Lan（林芳兰女士） was appointed as the school’s 5th Principal.

In 1955, the school met with yet another crisis when it was ordered by the landlord to vacate the Dickson Road premise. The school community, led by the School Management Committee and principal, rallied together to raise funds and bought over the building from the landlord. Thus the crisis of having to vacate the premises was averted.

The school became a government-aided school in 1957. The enrolment of the school increased to more than a thousand. A number of classes had to be conducted in rented premises at Dunlop Street and Jalan Besar. The school also held classes in the evenings to overcome the space constraint. 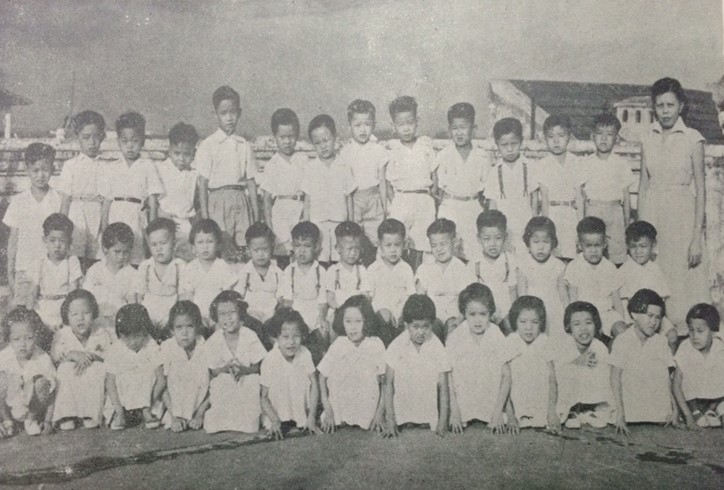 In 1961, Mr Lin Jin Joo（林真如先生）was appointed 6th Principal of the school when his predecessor, Madam Lin Fang Lan, was posted to Nan Qiao High School as Principal. He was concerned about the school’s lack of facilities – there was neither a hall nor space for physical activities. He succeeded in converting the roof-top into multi-purpose hall for the pupils. The school held its first Sports Meet in Victoria School in 1965. 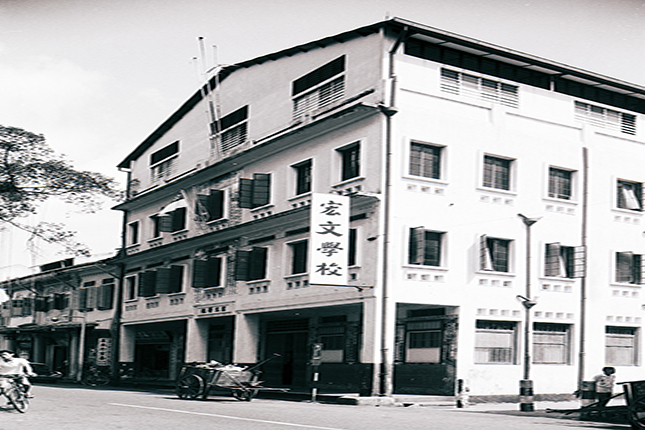 Mr Yeo Sing Cheng（杨先景先生）took over as the 7th Principal in 1973 when Mr Lin Jin Joo retired. At that time, the number of pupils started to decrease because many people in the neighbourhood shifted to the new housing estates. The School Management Committee saw the need to relocate the school, and subsequently obtained the land lease from the government for a piece of land along Victoria Street to construct a new building for the school.

The campus at 508 Victoria Street was finally completed in 1981. In the middle of the same year, the school moved into the new building which was officially declared open by Mr Ho Kah Leong, Parliamentary Secretary, Ministry of Education, on 10 September 1982. 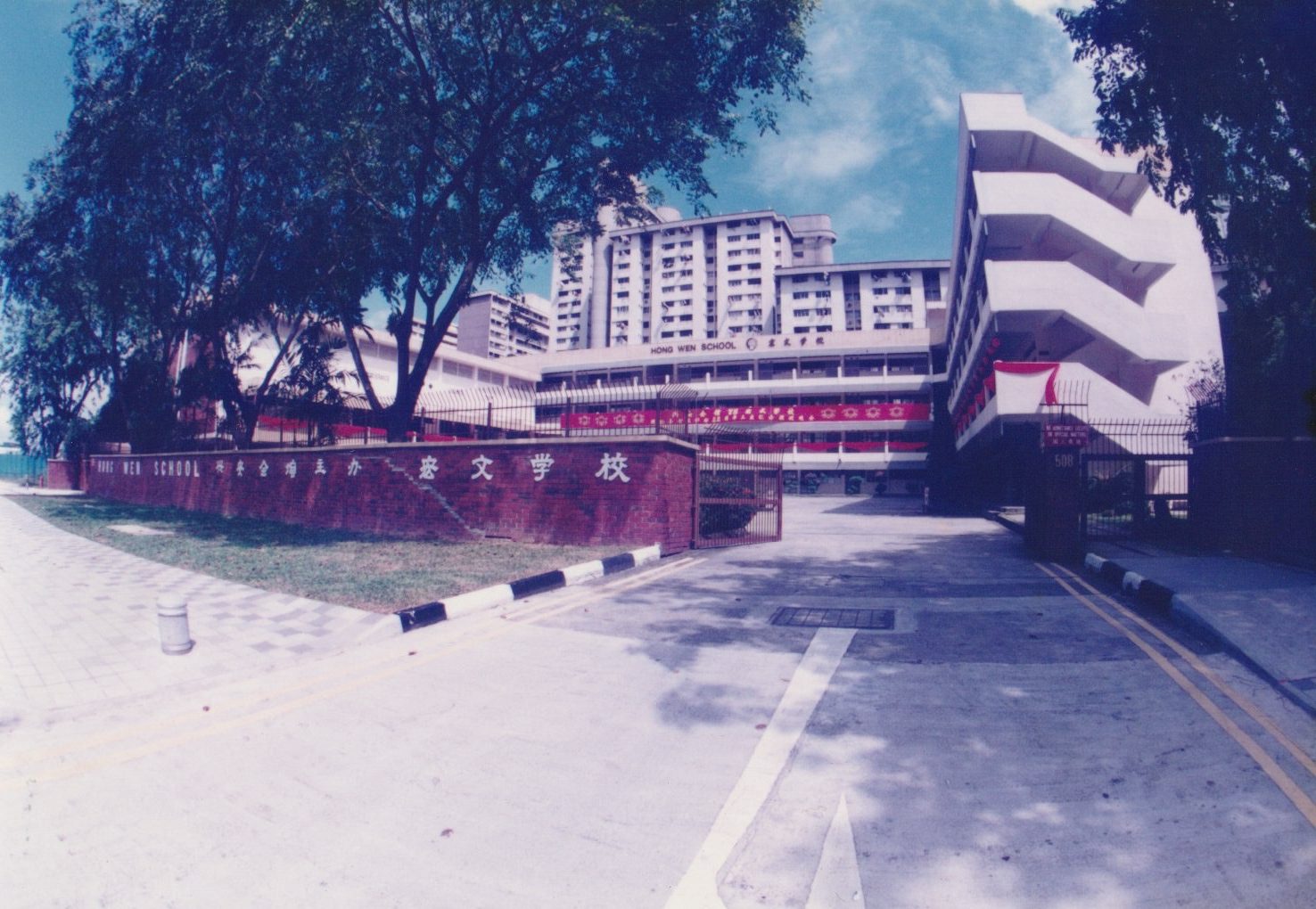 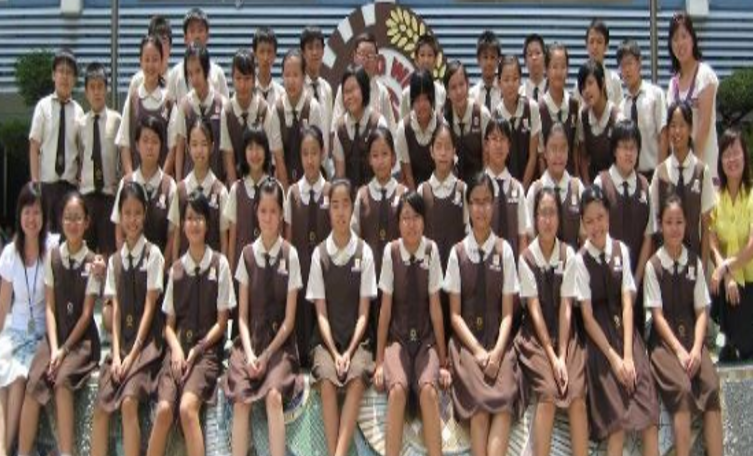 The enrolment of the school increased and there were more than fifty teachers in the school. In 1982, the school had pre-primary classes. In the early 1980s, the school went through the transition from a Chinese medium school to one that offered English as first language and Chinese as a second language.

Mr Yeo Sing Cheng retired in 1988 and was succeeded by Mr Cai Xing Li（蔡新利先生）, 8th Principal, who led the school for two years.

In May 1991, the pupils and teachers were inspired to achieve greater heights by the good news that Hong Wen School would join the rank of Special Assistance Plan (SAP) schools the following year. In 1992, the school was accorded the SAP school status,  offering both English and Chinese as first languages. As a SAP school, Hong Wen kept alive her best traditions and ethos, and continued to inculcate traditional Chinese values in her pupils as espoused in her school motto.

In June 1999, Mrs Lim Shong Chuan was appointed the Vice-Principal. She was transferred to Monfort Secondary School at the end of 2001.

After having served the school from 1993 to 1999, Miss Tay Eng Hiang was posted to Jurong Town Primary School to helm the school. Mr Ngoh Choon Ho（胡春河先生）was appointed 11th Principal of the school on 15 December 1999.

In June 2002, Miss Liew Pang Hai was appointed the Vice-Principal. She was transferred to St Gabriel’s Primary School in June 2005.

In January 2006, Mrs Sim-Tan Eng Ping was appointed the Vice-Principal.

The school was awarded the People Developer Standard by SPRING Singapore, as well as the MOE Sustained Achievement Award (Sports) in 2007.

The school established her status as the South 4 Cluster Centre of Excellence for Chinese Cultural Arts in 2008 and offered distinctive programmes including Chinese Painting, Calligraphy and Wushu. In that same year, the school attained her Programme for School-Based Excellence status in Rope-Skipping.

In November 2008, the school underwent MOE’s PRIME upgrading programme with the strong support from the School Management Committee, Alumni Association and parents. The school community successfully raised $4.5 million to support the school’s relocation. The school was officially relocated to the present premises at 30 Towner Road in 2009. The new campus, accredited with the BCA Green Mark (Gold) Award, was officially declared open by Dr Ng Eng Hen, Minister for Education and Second Minister for Defence, on 18 September 2010, in conjunction with the school’s 90th Anniversary celebration. 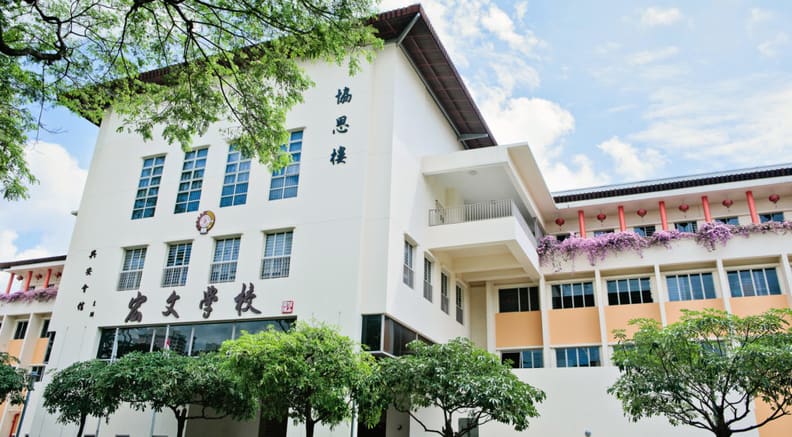 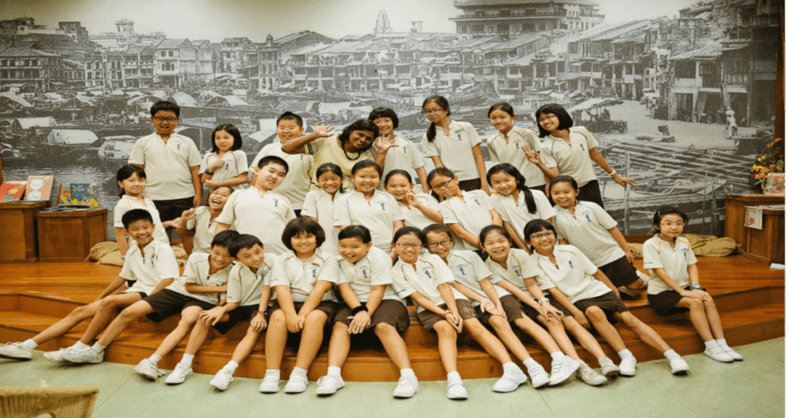 In 2010, the school received its re-certification of the People Developer Standard by SPRING Singapore.

In 2011, the school attained her second Programme for School-based Excellence status in Wushu. In the same year, the school also received MOE Development Award for Character Development and MOE Sustained Achievement Award (Aesthetics).

On 17 Dec 2012, Mr Lim Chong Eng was posted to the school as the Vice-Principal.

The school was accorded the status of South Zone Centre of Excellence for Chinese Cultural Arts in 2013. The school staged a public concert CAPTIVA! at the Singapore Conference Hall in the same year, with strong support from the School Management Committee, Alumni Association and Parents Support Group.

On 16 Sep 2013, Mr Poon Siow Leng Raymond was posted to the school as the Vice-Principal.

Mr Ngoh Choon Ho retired on 31 Dec 2013 and was succeeded by Mr Poon Siow Leng Raymond（方小龙先生）who assumed the principal appointment on 1 Jan 2014 as the 12th Principal of the school.

On 16 June 2014, Mdm Teo Eng Hui was posted to the school as the Vice-Principal.

In 2015, the school was awarded two Learning for Life Programme (LLP) in the areas of Sports & Outdoor Education, as well as Student Leadership & Community Service.

The school celebrated its 95th Anniversary on 10th July 2015 with the theme of “Our Hong Wen – Bonds, Memories, Ties”. Mr Heng Chee How, Senior Minister of State for Prime Minister’s Office, graced the occasion as the Guest-of Honour.

On 15 Dec 2015, Mdm Tan Eng Eng Jenny was posted to the school as the Vice-Principal (Administration).

The school underwent an external validation conducted by Ministry of Education in 2016, and was subsequently conferred the School Distinction Award, the apex of the MOE’s Masterplan of Awards for Schools. The school was also awarded the Best Practice Awards in all 5 criteria – Character & Citizenship Education, Teaching & Learning, Student All-Round Development, Staff Well-Being & Development and Partnership. In the same year, the school also received the BCA Green Mark (GoldPlus) Award in recognition of its efforts and achievements in environmental sustainability.

In September 2017, the school completed its 16-month upgrading project, in line with MOE’s PERI Upgrading initiative. The School Management Committee gave its strong support for the initiative through its contribution of 5% of the total cost and additional support for the non-standard items, which together amounted to half a million dollars. The upgrading project include the construction of a new block and the upgrading of facilities in the existing building. Facilities in the new block include Guzheng Room, Chinese Orchestra Room, Staff Resource Room, Student Care Centre and an Outdoor Learning Terrace at the rooftop. Other enhanced facilities in the existing building include a Teaching Laboratory, special learning rooms, sheltered walkways and a revamped staff lounge et cetera.